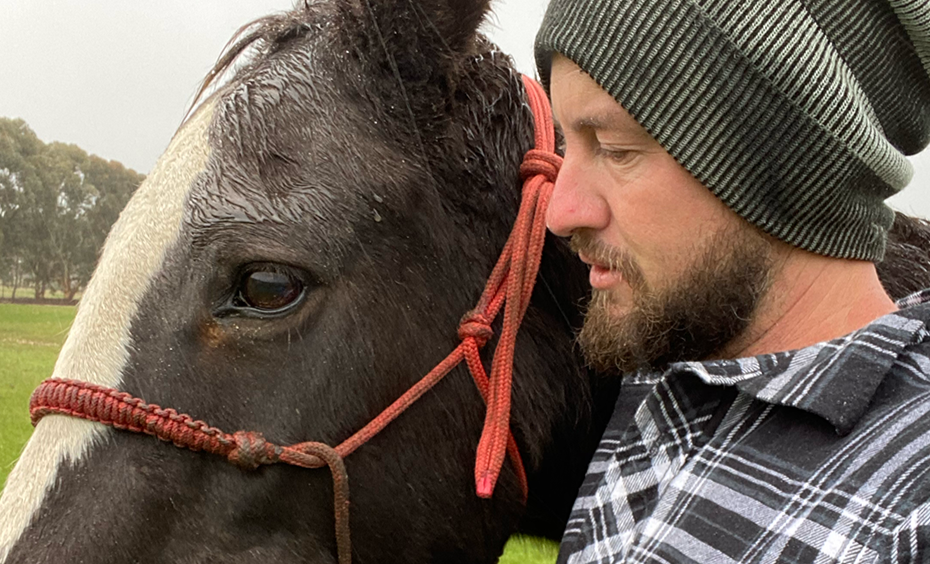 During my last visit we trimmed the hooves of 13 of the Calan herd, all except the two miniatures. It’s quite a job but by doing them every 4 weeks we are essentially just taking off any growth since the last trim, compensating for the lack of hard/rocky terrain that they’d be traversing if they were in the wild.

A quick observation about the two miniatures, Gypsy and Tonto, and why they don’t need trimming nearly as much as the horses. The first evening I was there I saw the heard running laps around the paddock, likely for warmth as it was getting cold. Gypsy and Tonto managed to keep up, meaning that their little legs, and their hooves, were working overtime. With their hooves hitting the ground twice as much, at a minimum, than the larger horses the hooves get a bit of a “trim” from the action of hitting the ground, reducing the need for us to intervene.

While I was trimming, Alan was checking the horses for Botfly larvae and eggs. The Botfly is a parasitic pest that lays it eggs in the horse’s hair on their legs and shoulders. One of the attached photos shows how small the eggs are. As the horse grooms and licks itself, the eggs and any hatched larvae are transported to the mouth which provides the perfect environment for them to hatch and grow. The larvae then make their way to the stomach where they remain for the winter before being passed in the faeces. The larvae then burrow into the ground, mature, and the process begins again.

While in the stomach or in the mouth, the larvae with their hooked mouths can cause all sorts of issues for the horse. Everything from dental issues, sinus infections, loss of appetite, colic, weight loss, gastrointestinal issues… the list goes on. Treating for Botfly is all about timing. Treating once the eggs appear is too soon. Some time has to pass to allow the larvae to hatch and take their place in the stomach and digestive tract, but not long enough for any serious issues.

Before I left, Ultramax Equine wormer was added to each of the feed buckets, using the weight of each horse to determine the correct dosage. If all goes to plan this should be the only dose they will need to cover this seasons Botfly.

We also have a new website. We’d lost the ability to edit the existing website so I built a new one which has all the updated information about the horses currently residing at Calan, and the horses that have passed. We’ve included the dates that they arrived and the dates they crossed the rainbow bridge, and some new photos.

Tonto’s wound, mentioned in the last update, is healing well on its own. When I had a look it had scabbed over nicely and shouldn’t present any future issues.

As always, thank you for your support.